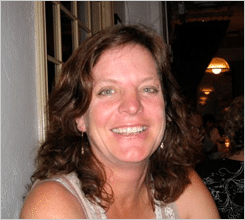 Marissa Benedict started playing trumpet at age 11 with Joe Alessi, Sr. as her first teacher. She grew up in a musical houshold in Marin County, CA, the youngest of 7 children, with her mother teaching her violin and piano from age 7. By the age of 15 she was playing trumpet in the local college musicals, operas and symphonies.

She came to Los Angeles in 1980 to study with Boyde Hood at the University of Southen California where she received her Bachelor of Music degree in trumpet performance. She has remained in Los Angeles and has a very successful carreer as a performer with symphonies, theaters and the studios. Marissa performs with such groups as the Los Angeles Philharmonic, The Los Angeles Opera, Long Beach Symphony, Santa Barbara Symphony,  and most recently has become principal trumpet with the Pasadena Symphony.

Her television experience includes playing for such shows as “Star Trek: Enterprise”, “Star Trek: Voyager”, “Jag,” and most recently “Commander in Chief.”

Although Marissa enjoys her professional career her pride and joy is her family.  She lives in North Hollywood with husband Mike of 20 years, and three children Katelyn, Andrew, and Cori.