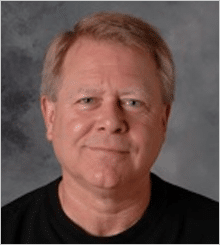 Andrew Malloy has lived in Los Angeles for over twenty five years. He is a New Hampshire native and attended the University of Massachusetts where he graduated magna cum laude with a Bachelor of Music Education degree. He continued his education at The Juilliard School where he received a Master of Music in Performance. After living and working in New York City he relocated to Los Angeles where he now works as an active freelance musician. He performs as a regular member of the Pasadena, Santa Barbara and New West Symphonies and The Crown City Brass Quintet. In addition, he works with most of the leading musical organizations in the Los Angeles area. These include the Los Angeles Philharmonic, LA Opera and Los Angeles Chamber Orchestra as well as the Long Beach Symphony, Pacific Symphony, Hollywood Bowl Orchestra and San Luis Obispo Festival Mozaic. He teaches trombone at Cal State University, Northridge, Pepperdine University and California Lutheran University. Active in the area as a solo recitalist, he commissioned and premiered Sonata for Trombone and Piano by Stanley Friedman, Fantasy by Lincoln Hanks and Dozeandeeze by Jim Self in a series of three solo recitals in Los Angeles. He has produced a solo album, BEST OF FRIENDS, including these new works and other works never published or recorded. The solo CD is available at www.cdbaby.com and at www.amazon.com. In the recording field, Mr. Malloy plays regularly for many well-known film composers and has played on hundreds of film soundtracks.  Mr. Malloy also participated in the programs of the Martha’s Vineyard Chamber Music Festival and the San Luis Obispo Festival Mozaic.

In the fall of 2006 Mr. Malloy performed the Grondahl Trombone Concerto with the Pepperdine Orchestra, and premiered two newly commissioned works by John Steinmetz and Nick Lane in recitals in Los Angeles, New Jersey and Connecticut and performed Jack Hayes “Fantasy for Trombone” with the Gold Coast Wind Ensemble in Thousand Oaks, CA and the CSUN Wind Symohony. In 2007 Malloy co produced a new CD of Christmas music “Carols from the Bells” with all proceeds benefiting the Hearts of Music Fund. In February 2008 he recorded a CD with New York bass trombonist John Rojak and LA Phil trombonist James Miller. In late June he will appeared at the International Tuba and Euphonium Conference in Cincinnati, Ohio to perform a work by Jim Self. In July he returned for his third appearance at the Martha’s Vineyard Chamber Music Festival where he performed with the Infiniti Brass Quintet and pianist/composer Billy Childs. During the academic 2008-2009 year he will premiere and record commissioned works by Adrienne Albert, Jason Barabba, Bill Reichenbach and Steven Williams. In addition to these recitals, Spring 2009 will include a performance of the Rimsky Korsakov Concerto for Trombone and Band as well as performance and new recording of Lincoln Hanks “Fantasy for Trombone and Piano”.